The final instalment of Jim Whalley and my Baby Frank books, published by Bloomsbury Children’s books in 2021. This time we’ve sent Baby Frank off on holiday, where he gets in a spot of steam-powered trouble with the law. This book was a joy to illustrate, drawing on my childhood memories of happy holidays on the north Norfolk coast. Created using gouache, pencil and Procreate for iPad.

The Peninsula Paris hotel commissioned me to make a Christmas card to send out to their clients during the 2020 covid shutdown. The brief was to ‘welcome guests back inside’, even though they couldn’t visit the hotel at the time. So we made a fun sort of dolls’ house design, with vignettes of Christmas life inside this iconic Paris hotel.

Part of an ongoing series of illustrations for a Boundless magazine diary column by the journalist Liz Fraser,
following her family’s move to Venice. Gouache, pencil and digital.

The Dinosaur Awards: written by Barbara Taylor, illustrated by me, published in 2021 by Frances Lincoln books.

This was great fun to draw: a heavily-illustrated collection of ‘awards’ for dinosaurs, which required a balance of fun and scientific detail.

Drawn mostly on Procreate for iPad.

Illustrations for a Saga magazine feature about funny moments with grandkids. Gouache, ink and digital colouring, 2018 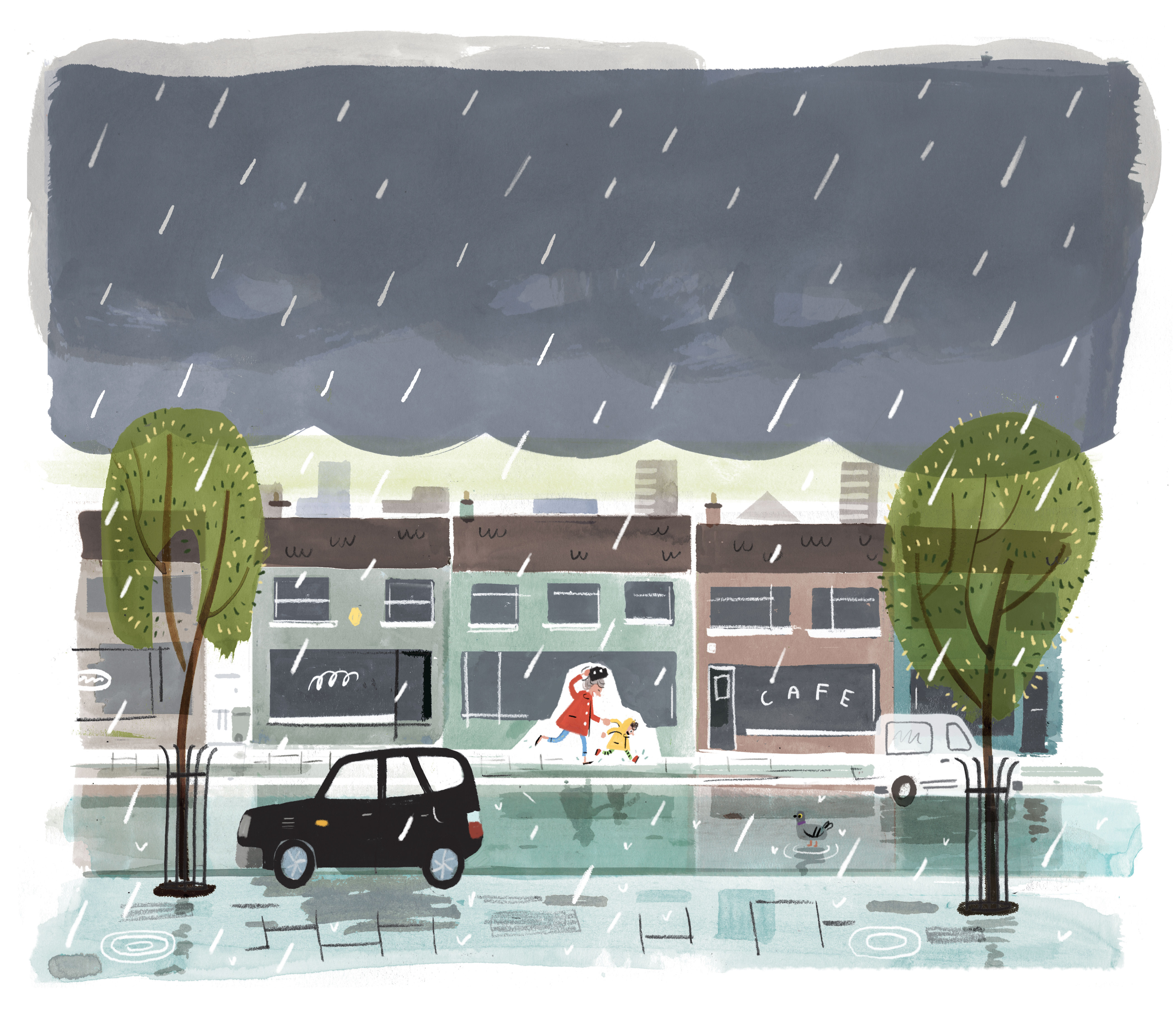 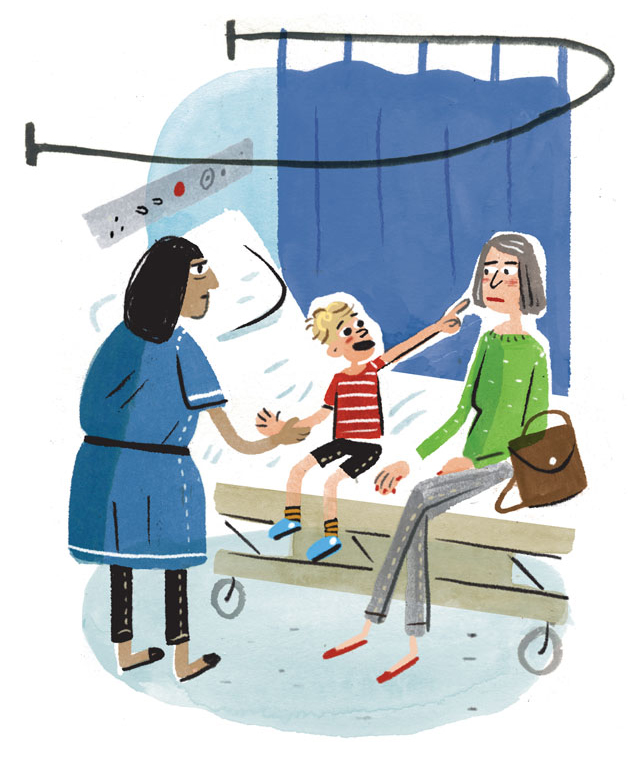 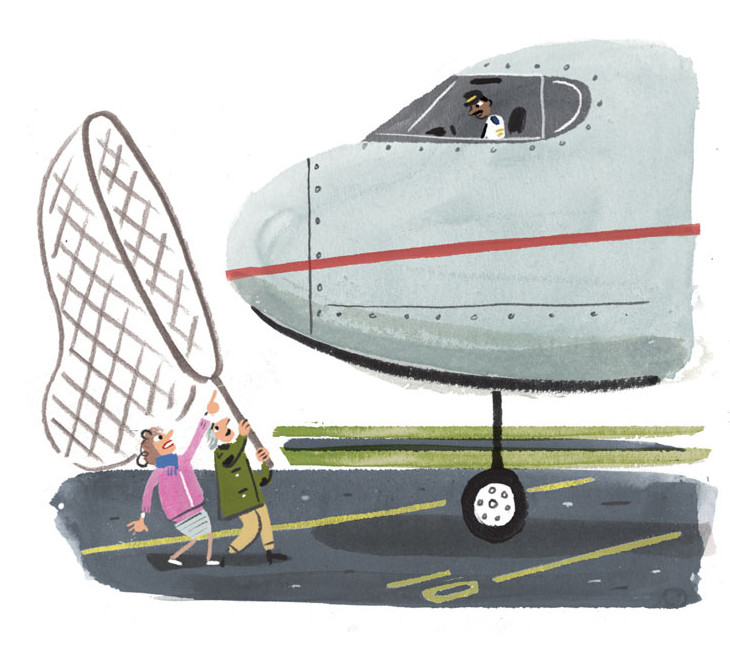 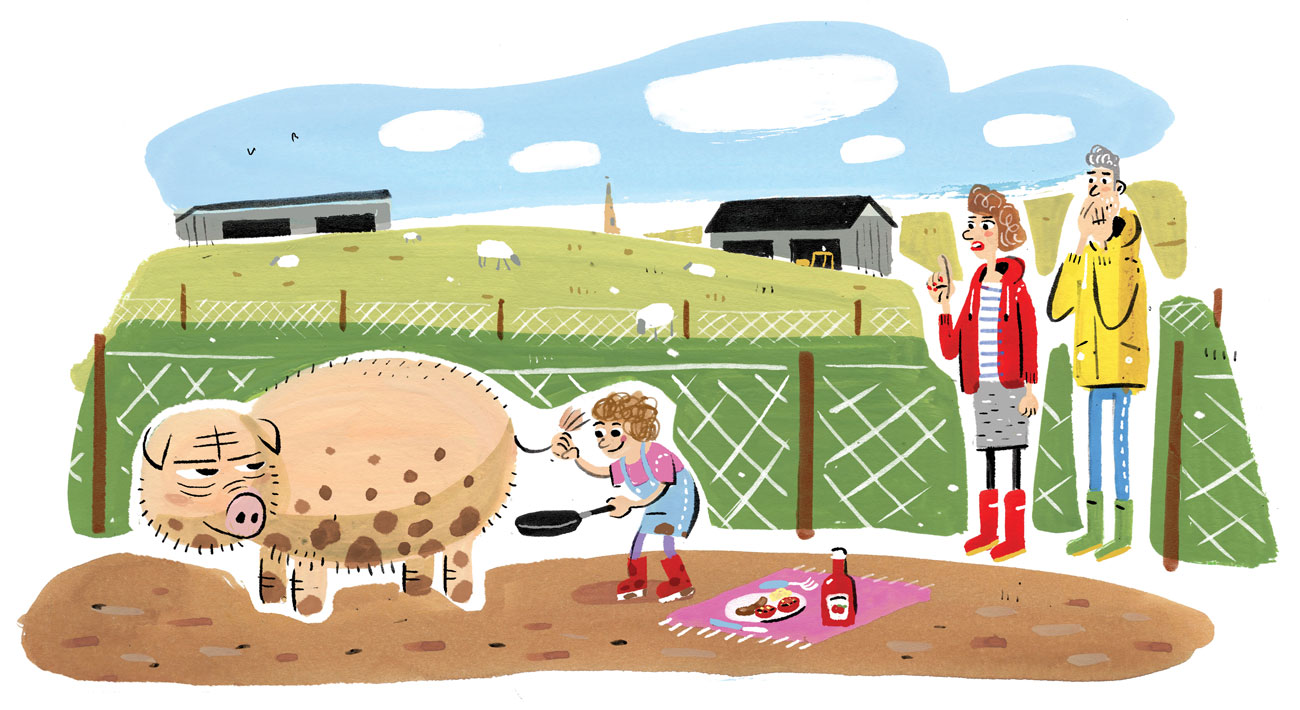 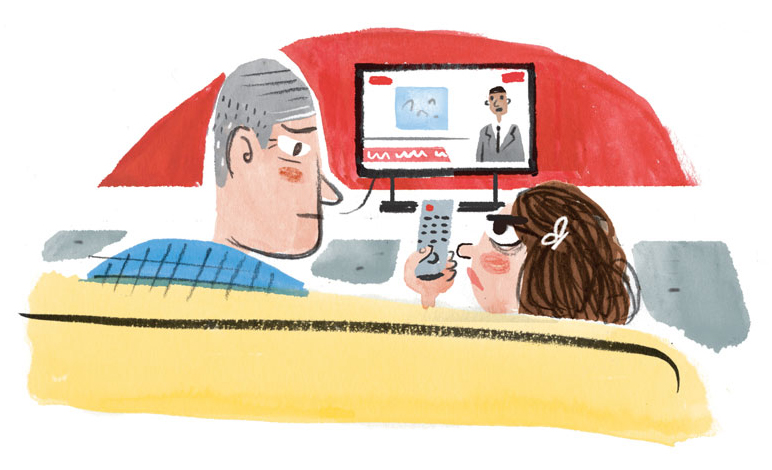 Colgate University alumni magazine commissioned me to illustrate a piece on students’ memories of their teachers.

The cover was drawn from a book club’s recollection of their English tutor who came to their reunion meet straight off a hiking holiday.

Stuff I’m doing in the real outside world

All events cancelled due to Coronavirus restrictions.

Monday 23rd April: I’ll be giving a hands-on tutorial on how to make a comic using an iPad Pro at the Apple Store,  Regent Street, London. Event starts at 6.30pm

14th-20th November: Colomiers BD festival in France from for the launch of Gigantic Beard (French edition). I’ll be at the Camourakis table for pretty much the whole weekend.

17th – 19th October: Kendal, Cumbria – Lakes International Comic Arts Festival. I’ll be taking part in a talk on humour in comics as well as selling stuff in the Clock Tower from the Jonathan Cape stall most of the weekend.

On Thursday 9th October: Launch for The Gigantic Beard That Was Evil US edition, published by Picador, at Bergen Street Comics in Brooklyn, New York, from 6.30pm

25th September (7pm) at Gosh Comics, London: a signing and launch of SOME COMICS BY STEPHEN COLLINS, a collection of my short comics old and unseen. Includes the best of the past five years of my editorial comics, as well as new and unseen work. Gosh have an exclusive bookplate edition on sale limited to 200 copies only, and will also be selling exclusive prints and displaying originals of my work.

1st April 2014: Hamburg, Germany – I’ll be doing a Q & A talk at the Hamburg Literaturhaus, from 7pm onwards

Baby Frank’s second outing was published in 2019, documenting the further adventures of our well-intentioned infant recidivist. This time there’s a rival baby-led zoo in town – and Frank needs to spring the inmates to freedom! Published by Bloomsbury children’s books. 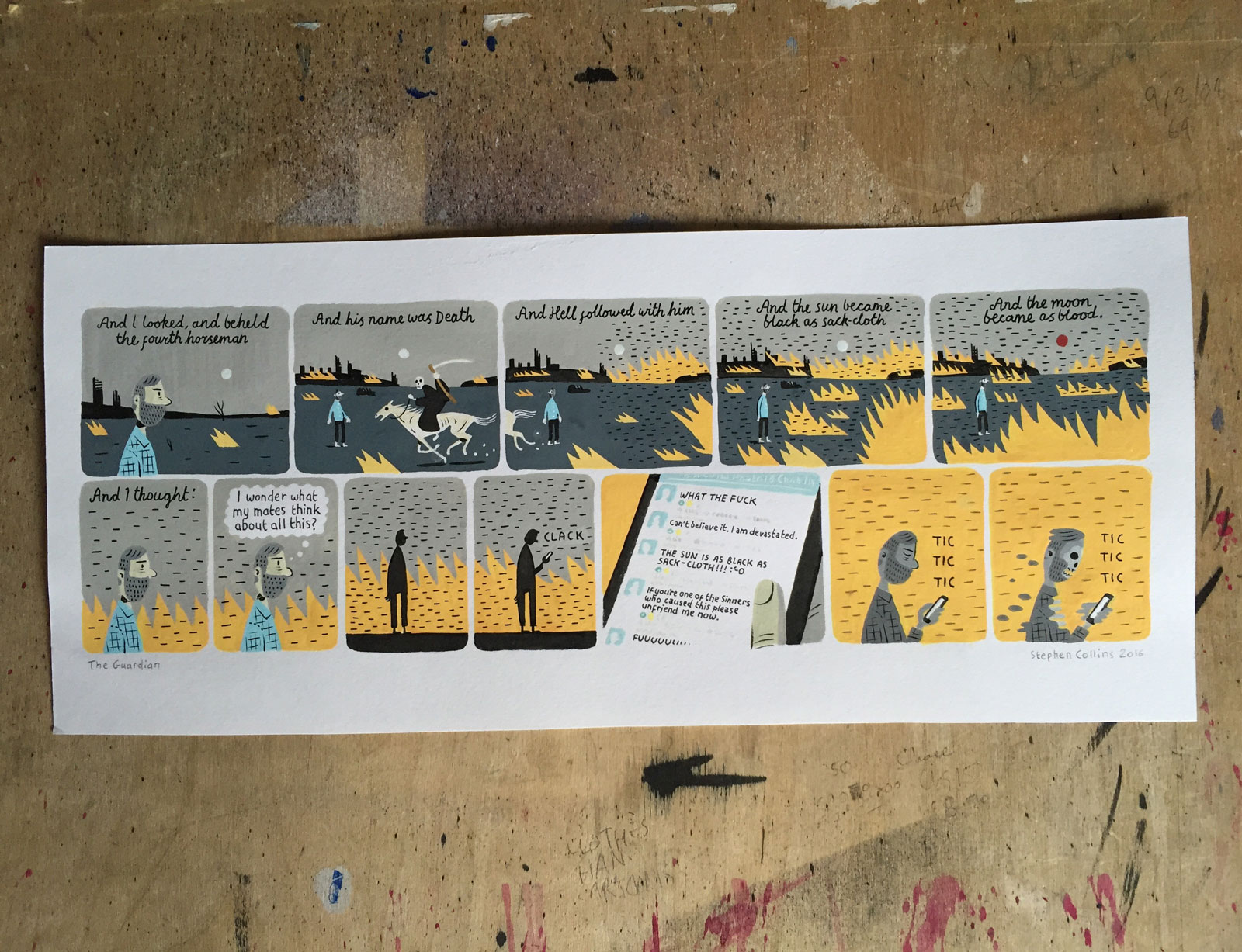 Since 2011 a large part of my life has been spent writing and drawing semi-topical comics for Guardian Weekend and Prospect. It sends me insane in on a weekly basis but I love it too. Mostly I don’t take on comics commissions outside these publications because I find them difficult and time-consuming to make. They’re basically miniature comedy sketches about whatever I think is ‘in the air’ at the time, and they never feature recurring characters or continuing plots. Sometimes I paint them but mostly I do ink and lettering on paper and then scan and colour digitally, for the sake of meeting deadlines. Some of these strips are collected in my book Some Comics By Stephen Collins (Jonathan Cape), and a selection of limited edition prints are available in my shop.